GomunoInaki is
"A global trading company with manufacturing functions."

While GomunoInaki is a trading company, we are further equipped with both Technical Development and Production Operations through our technical centers and affiliated companies. Through this arrangement GomunoInaki provides industrial rubber and plastic products, and serves an extensive set of industries such as automotive, housing and electric appliances, office automation, and the medical industry. Under the GomunoInaki Philosophy, consisting of our Corporate Motto and Management Policy, we pursue meaningful contributions to society and the happiness of our workforce through our cores of Proposal Sales, Technical Development, and Quality Assurance.

Enterprise
By respecting innovation and change,
we face the challenges of tomorrow.
Sincerity
By valuing truth and practicing courtesy,
we will gain trust.
Harmony
Through improvements in character and capability,
we act together as a team.

A timeline of trust begins with our founding in 1919.

In the year 1919, following the end of World War I, the forerunner of GomunoInaki was founded just south of Nagoya Castle.
Named "Inaki Shop," it operated as a wholesaler of industrial rubber products. In 1927,the company was renamed to Gomuno-Inaki Company, becoming one of the first corporations to use the katakana syllabary.
Following the end of World War II, in 1946 GomunoInaki was incorporated in Kasuga-cho (current Kamimaezu 2-chome), Naka-ku, Nagoya. 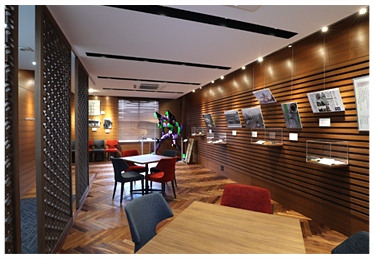